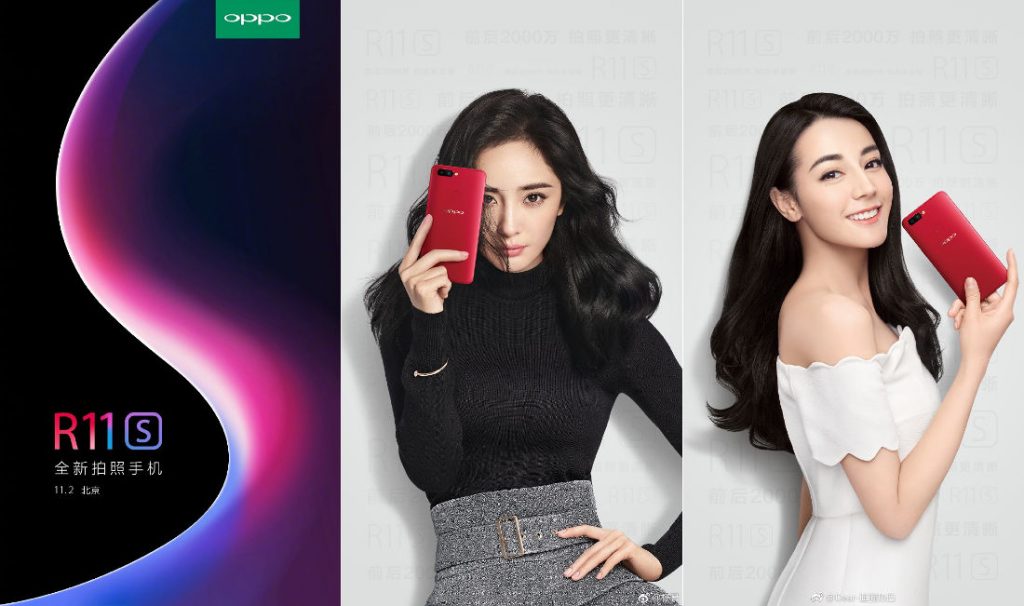 OPPO today announced that it will introduce R11S, successor of R11 at an event in China on November 2nd. It has also confirmed that it will feature 20-megapixel front and rear cameras. The teaser image on the hand of its brand ambassadors confirms unibody metal design, dual rear cameras, which could be 16MP + 20MP combination like the R11 and a fingerprint sensor on the back. AnTuTu listing reveals more specifications of the phone. 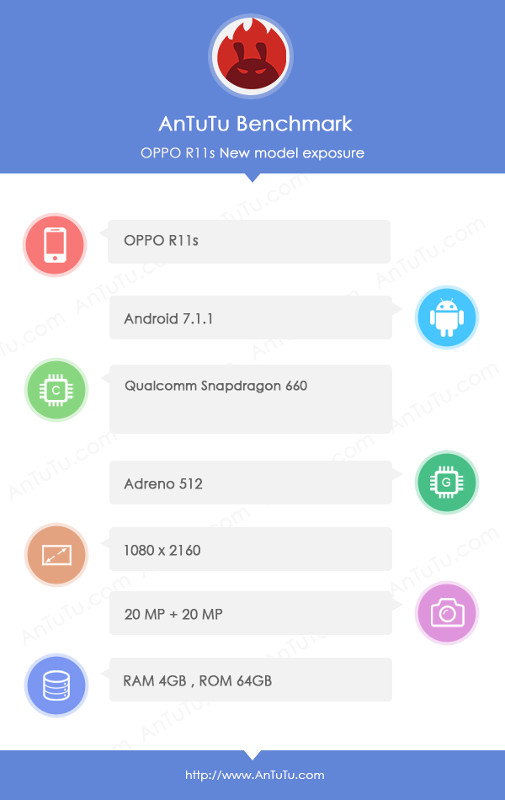 The OPPO R11s Plus is also expected to be announced alongside and the phone is said to come with 6GB of RAM and pack 4000mAh battery. The OPPO F5 that will be launching in India on the same date of November 2nd and in Philippines later this week, is expected to come with similar specifications as the R11s.