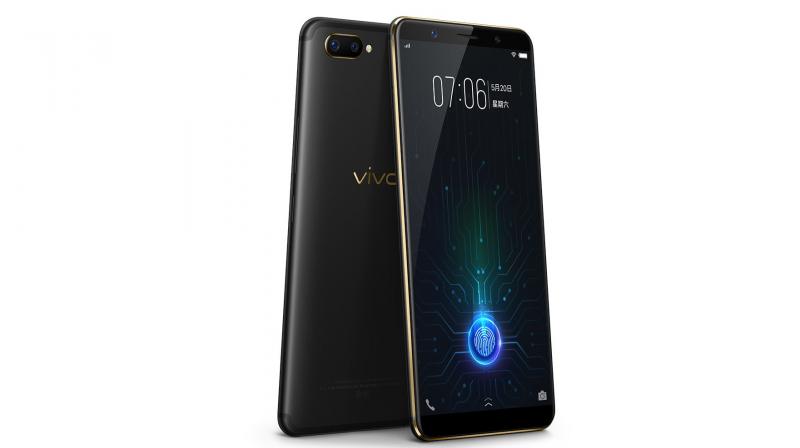 The Vivo X20 Plus UD is a new variant of X20 Plus. The X20 Plus was originally launched back in September 2017. The major highlight of this new variant is the under-display fingerprint sensor. The sensor is said to detect fingerprint in few milliseconds and work under layers up to 1.5mm thick including a screen protector.

The Vivo X20 Plus UD sports a 6.43-inch AMOLED full HD+ display with a resolution of 1080×2160 pixels and an 18:9 aspect ratio. It is powered by a Qualcomm Snapdragon 660 chipset, including four cores clocked at 2.2GHz and another four cores clocked at 1.8GHz, clubbed with 4GB RAM. The smartphone comes with 128GB of storage, which is expandable up to 256GB. Apart from the under-display fingerprint sensor, the Vivo X20 Plus UD runs Android 7.1 Nougat. The phone will be available only in single colour variant — Black with a golden frame.

The Vivo X20 Plus UD features a dual rear camera setup — one with a 12MP sensor along with a f/1.8 aperture and a 5MP sensor. On the front, the handset sports a 12MP lens along with a f/2.0 aperture. On the connectivity front, the Vivo X20 Plus UD includes 4G LTE, Wi-Fi, Bluetooth v5.0, GPS/ A-GPS, Micro-USB and a 3.5mm headphone jack. The smartphone is backed by a 3900mAh battery. Vivo’s X20 Plus UD will be available for purchase in China, starting February 1, priced at CNY 3,598 (approximately Rs 36,100). As of now, there are no details about its global availability and price.